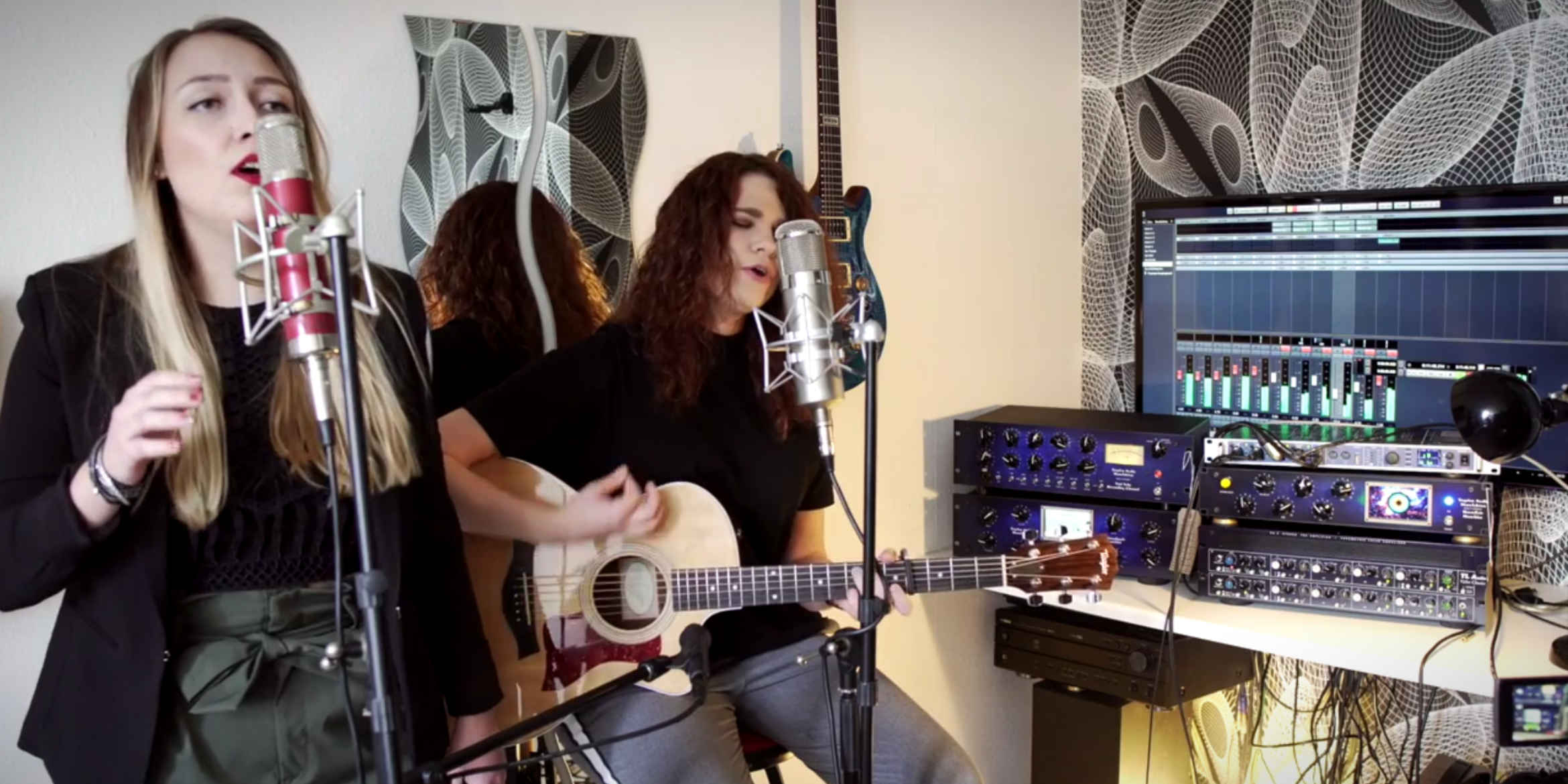 The best songs just write themselves, often in no more than 10 minutes. When Theresa spontaneously struck the first chords on her guitar and little later sang the chorus together with her friend Mel O'Die, they were probably surprised themselves just how good the song "Wake me Up" turned out.

The only 23-year-old musician from the german town Moers has a voice like velvet and when listening to her music you immediately get goose bumps. The recording session became a family project because her Dad Guido is a passionate musician and sound engineer himself. He recorded, mixed and mastered the song.

Although we could not attend the session personally, our Schwerkraftmaschine, Raumzeitmaschine and the Vari Tube Recording Channel were present. Guido Cherchi on the recording session:

„The Vari Tube Recording Channel was used to record the voice of Theresa. The signal went first through the EQ, then through the vari- and optocompressor. The compression was moderate. The high frequencies were raised with the EQ, especially in the range of 24kHz, resulting in a nice transparency. In the mix, this had to be partially lowered again with a dynamic EQ, but the natural tone of the VTRC remained in the overtone range and gave the voice "Air". Subsequent boosting in this area with software EQs is usually not so nice to hear.

The vocals of Melissa were recorded through a TL Audio EQ 2 preamp and then processed with the Schwerkraftmaschine in 'Vocal Leveler' mode. Everything was recorded live without overdubbing. In the final mix in Cubase, the Raumzeitmaschine was integrated as an external effects device. Above all, it gave the voice a great and natural spatiality. Finally, Wavelab was used to sparingly process the stereo basis and loudness.“

And now have fun listening:


You want to test the Schwerkraftmaschine for 14 days in your own studio?
register here

You want to test the Raumzeitmaschine for 14 days in your own studio?
register here

You want to test the Vari Tube Recording Channel for 14 days in your own studio?
register here

Everyone just clicks "Accept all" anyway.
Despite that, we have to ask.

Cookies are small files that are stored on your computer and contain certain information.
This special file form allows us to simplify navigation on a website or to save the language setting.
With the help of cookies, therefore, not only can surfing the Internet be made more comfortable, but also data protection can be improved.
Nevertheless, there is also criticism of the use of cookies.
Through the storage of certain information, conclusions can be drawn about the surfing behavior and the identity of the user.
For example, it may be that advertisers use targeted advertising that is of interest to the individual user.
Even if this does not appear to be disturbing in many cases, it can lead to an unpleasant feeling of being observed.
In addition, there are always cases where cookies have been misused and sensitive data has been tapped.

However, it is fair to say that such security threats can occur not only when using cookies, but are generally threatening when surfing the Internet.
However, it should be noted: The most widely used browsers have various security features and allow the user to guarantee a certain level of protection - for example, through firewalls or automatic updates.