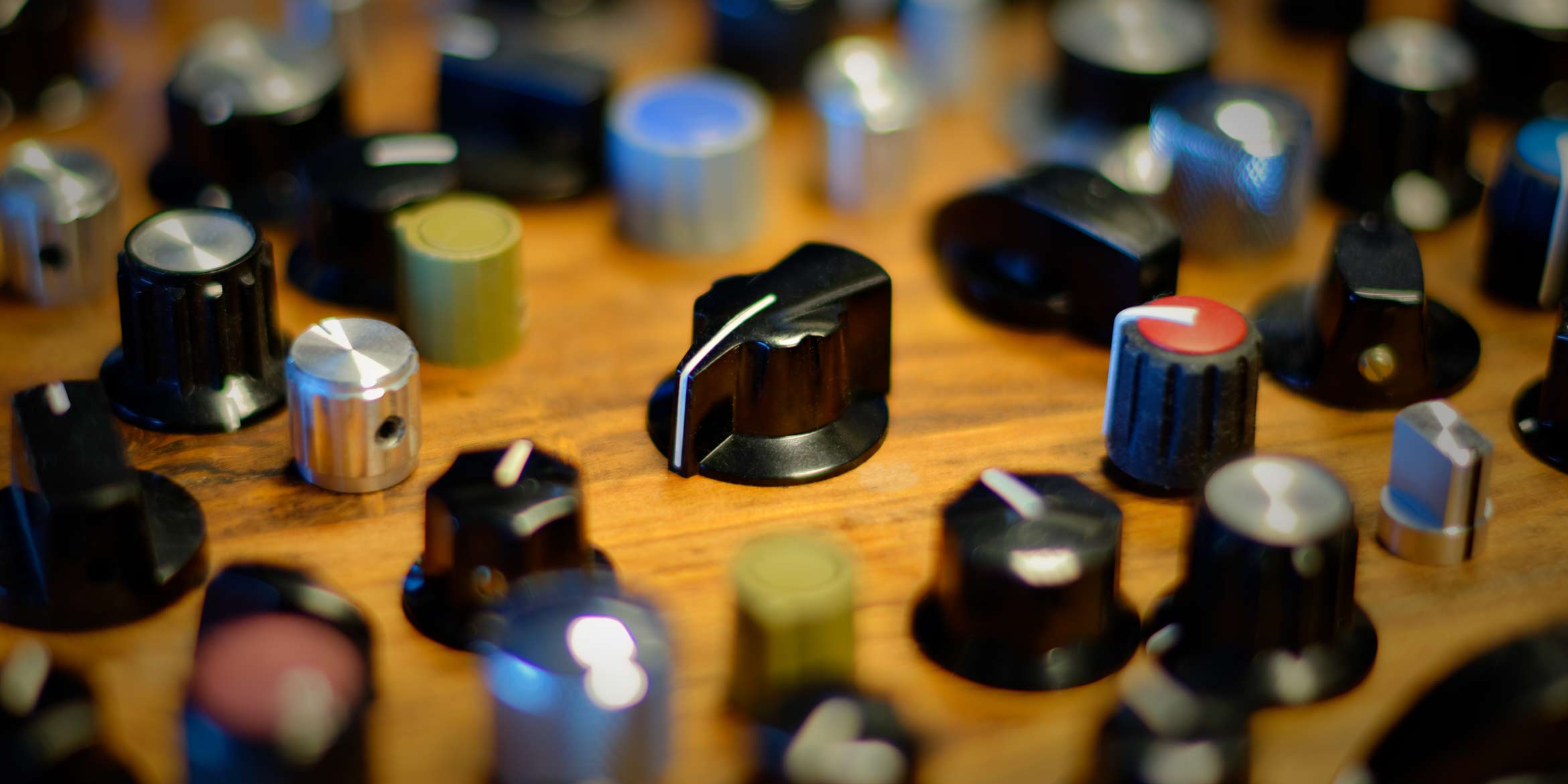 Why the TSM has just one single switch

Analog summing has been a heated topic for many years.

There was a time when every studio had a mixing board. But Cubase, Logic and their kin could only handle MIDI, not audio.
Then came a generation of more powerful computers, and sequencer software learned to record audio signals. Thanks to plug-ins, it became possible to create complete mixes on the computer. Extra DSP hardware was initially needed; later it wasn't.

Mixing boards were no longer essential.

But people began finding that those in-the-box mixes were somehow unsatisfying. They lacked a certain sense of space, and it was also somewhat more difficult to achieve a homogeneous mix.

Summing mixers arose to fill the gap: the mix is designed completely on the computer, but the actual mixing of the signals is left to high-quality analog hardware.

The one button is actually a knob. And it's necessary.

Because imagine you've created a mix. Each channel is assigned a signal. All the signals are set to 0dB. When those signals are all mixed together, then the end result becomes louder.
Remember, music isn't a phase-symmetric mix with sine waves of equal frequencies. That's why the level doesn't rise by 6dB each time a channel is added. But it does get louder.

The level knob offers the crucial chance to attenuate the output level for the tube summing mixer.
In graduated steps. There's no better way to recall past settings at any time.
We recommend that you find the right value for your music and then just leave the knob in the same position.

The problem with knobs when summing

One little hole can make even the biggest tire go flat. Along the same lines, one single knob on the tube summing mixer is more than enough to ruin total recall for your project.
If that variable isn't set exactly as it was before, the song won't be reproduced 1:1 the next time it's loaded. It doesn't matter how many knobs are involved; if there's even one, it's enough.

So when you mix in-the-box using total recall, you count on the tube summing mixer to deliver the same consistent results.
And thanks to the one single switch, that's what it does.

But what if I want buttons?

Nobody's telling you how to do your work.
If you've got your own winning recipe, by all means keep after it.

But: if you're looking for effects and monitor paths, panorama and level knobs, then you really need a mixing board, not a summing mixer.

Just be aware of what you're really after.

I hope we've cleared things up.
And helped you understand why we've done what we've done.

More info about the Tube Summing Mixer
Back to top