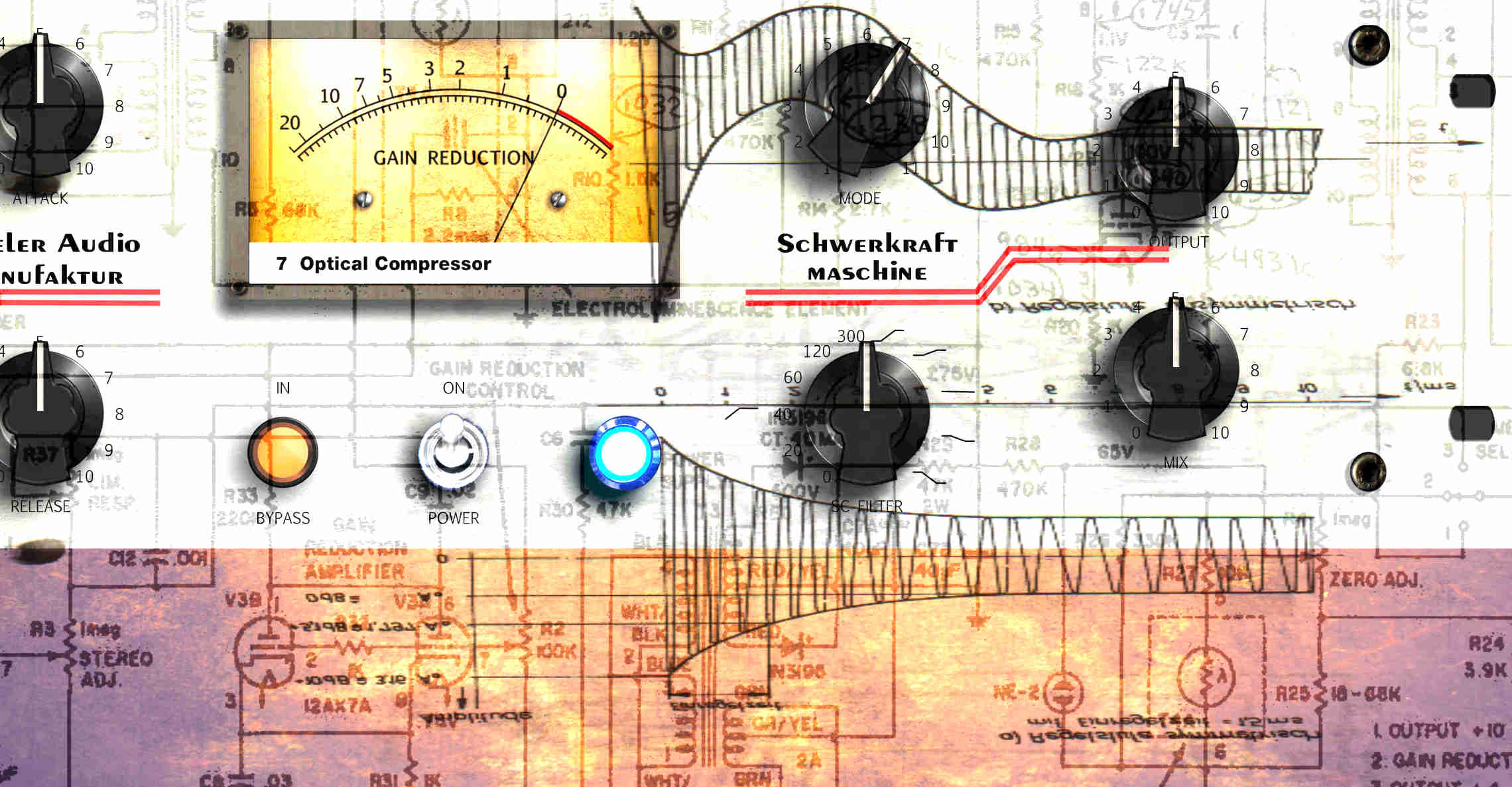 While other compressor control elements, be it diodes, tubes, transistors or VCAs, follow and react instantly to the control voltage, opto compressors have a mind of their own.

How does an opto compressor work

A light-sensitive resistor's value changes depending on how much light falls on it.

Add in a voltage divider and you can use the intensity of illumination as a highly effective control for the level of an audio signal.

In the past, EL wires were used for this, as luminaires were too slow. The downside: EL wires age poorly, and over time provide less and less light. At some point they fail altogether.
Owners of older synths and samplers that feature EL wires for illuminating LCDs can sing a song of woe on that point.
LEDs are much more common now.

While light-sensitive resistors can react reasonably quickly (several milliseconds), the return to a higher resistance state can last longer (100ms to several seconds).

This is not really a negative when it comes to audio signal. In fact, for certain signals such as vocals it's a big plus.

How does the Schwerkraftmaschine achieve this

The Schwerkraftmaschine reproduces the precise properties of the light-resistant sensor.

Unlike an opto compressor, which has a fixed timing, the attack and release on the Schwerkraftmaschine can be modified.

The Schwerkraftmaschine has a different approach: Because the control times are adjusted for the photo-optic model, the opto compressor retains its typical sound, no matter which attack and release are selected. It's easy to see in the way the needle initially moves quickly, but then later more slowly, back to 0.

Set the attack and release to 5 to hear that classic opto compressor sound. There's enough play in the controls to set things quicker or slower.

While the opto compressor is known for its performance with solo signals such as voice, bass, violins, electric guitar and more, it can provide some fascinating results from a drum sub-group, snare or even an acoustic guitar.
Or even the mix as a whole.