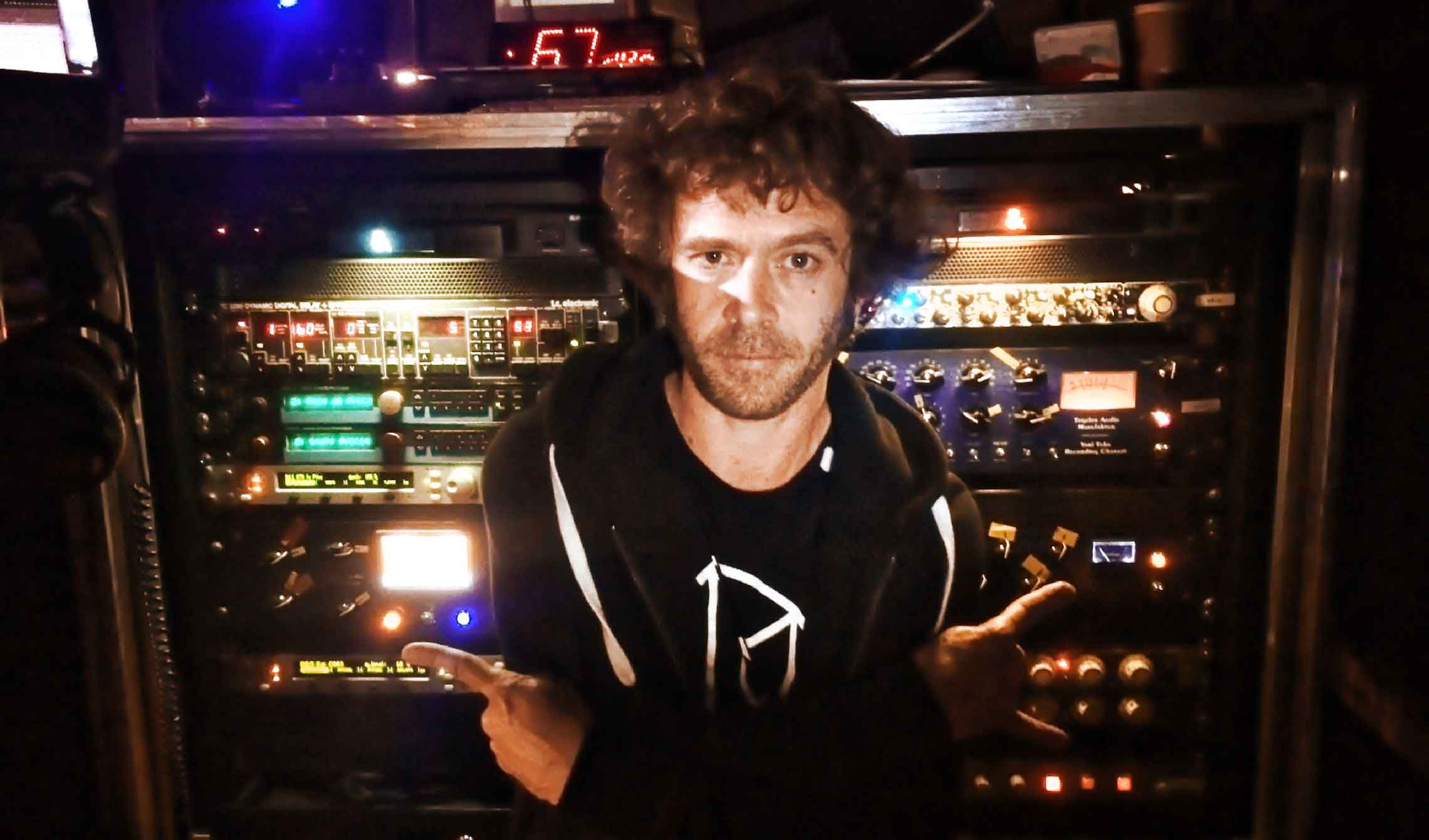 First of all, let me send a bunch of "thanks" to the Tegeler Audio Manufakturer team and the Duhow one, whom perfectly helped me in building my set up for the -Julien Doré & Tour- with Tegeler stuff.

The machines I use:

How I use them

Except for the VTRC that instantly found is place as top of the lead microphone chain, I've tried several options during rehearsals for the position of the CREME and the SCHWERKRAFTMASCHINE.

Tests lead me to this final choice:

...on the parallel comp drum bus, where it just fits perfectly, doing exactly what I wanted, and really more than what I was expected to!

It really, really helps me to get a "in your face" drum sound, with bass drum kicking your butt and stomach, fat snare drum slapping your face, and toms being able to become, regarding the songs, unreasonable fat fx!

But, the more impressive, is that I can obtain that without any SPL jump out!
It's just helping me shaping the drum sound to be fat but not actually louder!

...is on the main mix bus.
I use it in the Vari-Mu mode.
I run the entire mix through it, straight out from the Digico SD5, and the to the PA Control Unit.

Well... Let's make it perfectly clear buddies, this machine is one of those you can't push the bypass switch more than one second...!

Holy crap!
It's just gluing perfectly everything together, respectfully with the stereo image, and, once again, add some consistent pimp to your mix!

Even, like I'm doing here, when the knobs are set to the compression needle only shows 2db reduction on the loudest songs!
That's to say, mainly never in the show.

It's easy to achieve that, specially using the smart "blend" knob and, of course, the genuine sc filter knob!

Just turn them to have your mix flavoured and slightly coloured like you want it to.

I've to be honest, as long as we were in the rehearsal studio, where the FOH mixing conditions are likely recording studio ones, the VTRC did the job perfectly, nice preamp, followed by slightly compression with both VT and Opto mode engaged, and then nice Eq to achieve the main vocal sound shape.

But, when we moved to Arenas for the shows, due to the venues architectures in one hand, and on the size of the PA system, I've been led to add an extra eq after the VTRC, which is an empirical lab Lil Freq, to deal with those particular mixing conditions.
However, the main basis of the vocal sound is still done with the VTRC, the Lil Freq is just here as an extra tool.

That's to say, the VTRC is for sure a serious piece of equipment for the studio, flexible and sounding great, no doubt about it, but I drove him out of his tracks bringing it in the live domain.
Well, not exactly out of his tracks, but I have to give him an hand, which is pretty normal, isn't it?...

...thanks again to all of you at Tegeler, you did great job, I really enjoy using your equipment, and do hope we'll be a lot in the future.