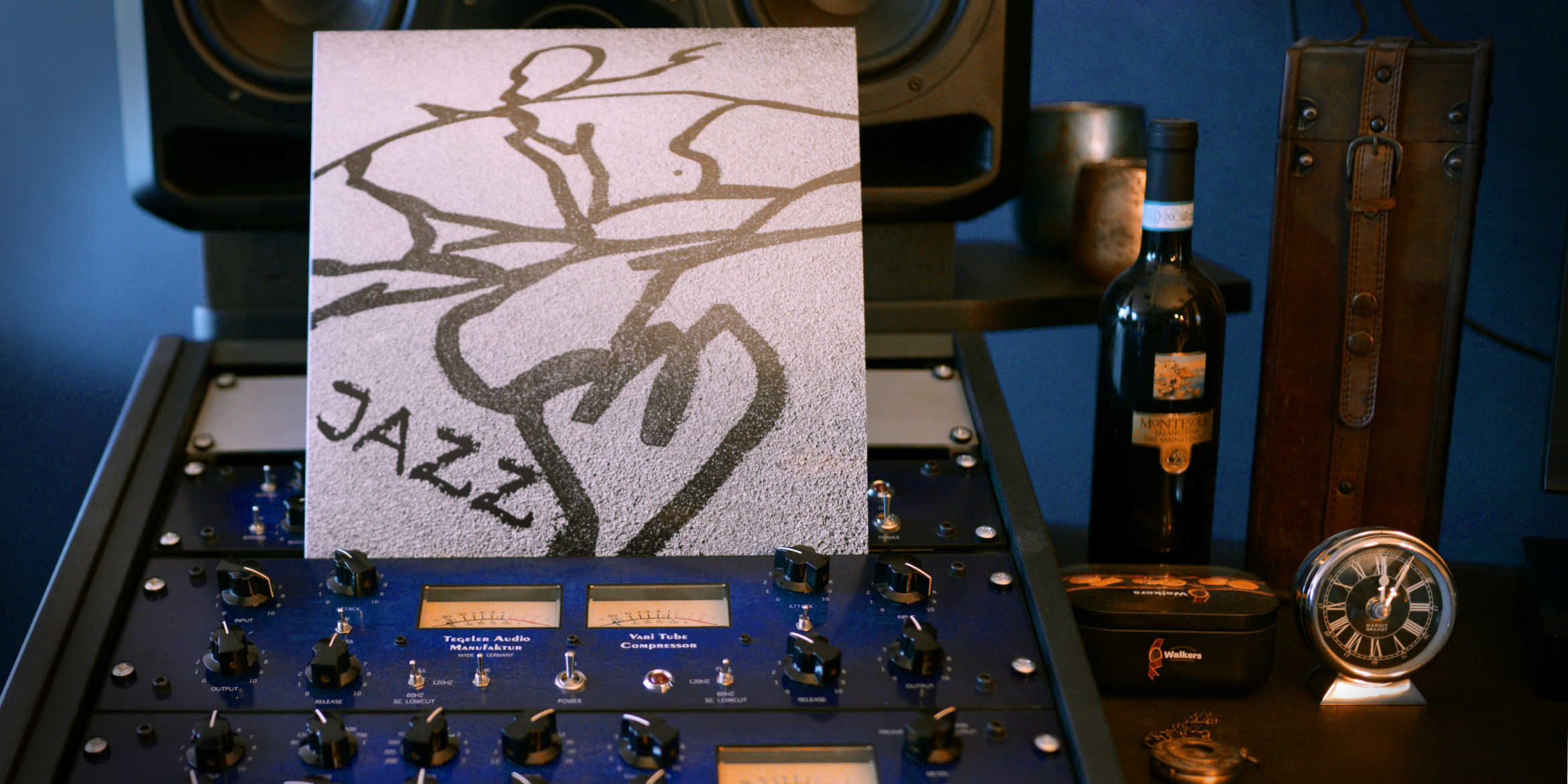 Jazz on Vinyl with VTC

Back to the roots, record music as puristically as in the old days, without digital aids and computers. Simply focus on the sound and capture the music played by excellent musicians in fantastic sounding rooms through the finest of analogue equipment. No overdubs, no plugins, no AD/DA conversion. The record is only released on vinyl.

Sound engineer Dominique Klatte from Mastering Studio Erding, who has been working since 1990, has fulfilled this dream. Apart from his profession as a mastering engineer, he works mainly in the areas of film sound, classical recordings, audio restoration and music for advertising. But his big passion is the good old vinyl record and jazz.

To realize his vision he founded the label "Jazz on Vinyl". The first fully analogue production was completed in November 2017 and was released as the record "Jazz on Vinyl Vol. 1".

We are very pleased that our Vari Tube Compressor was part of the full analog recording chain.

In the recording sessions Dominique has come to appreciate the VTC as an insert between the Master Out of the Studer 961/962 mixing console and the Studer A 807 1/4 inch tape recorder. The VTC's job during each session was to reduce the level of the live signals by a gentle 1-2 dB before they were recorded with the tape machine.

Dominique especially liked the easy adjustability of the VTC. With relatively long attack and release times, the material was nicely compressed without any artifacts.

A mixing desk, the VTC, the Studer tape machine and some fine microphones. This simple but ingenious setup will Dominique use again on the next record.

„To put it in a nutshell, the VTC has become dear to my heart.“ - Dominique Klatte

You want to test the VTC in your own studio for 14 days?
Register here

Learn more about the VTC

To the Homepage of Jazz on Vinyl

To the Homepage of Dominique Klatte and the Mastering Studio Erding

Here are some pictures from the recording sessions: